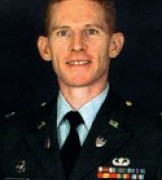 I had this friend...

I had this friend at Westgate Junior High (middle school for many) who was ridiculously talented. He could play the piano with stunning precision (which, for my fellow 7th to 9th graders, meant he could do what none of us could do). As I moved to high school, then to college, then to grad school and then married, this acquaintance was soon forgotten. After all; who keeps up with old Jr. High dudes? Hey, we weren’t best friends and, besides, we were charged with embracing life and forging forward!
Fast forward 29-ish years.
On one, lovely September day, some radical, maniacal and diabolical zealots decided that Americans needed to be scolded…harshly. They chose to commandeer commercial airliners and murder as many “infidels” as possible with these seized and American-made weapons of mass destruction. Four commercial jets were successfully captured and deployed.

Thousands died in New York. Some of those targeted infidels, who had the misfortune of surviving the initial attacks, chose to jump to their deaths from the World Trade Towers. Although the images were censored, a number of the “jumpers” were pregnant.

Around the same time, other captives flying in an airplane over Pennsylvania, chose to determine their own final destination by taking back the hijacked aircraft and forcing it down into a lonely (and now honored) field.

And, finally, the last of the four airplanes found its mark in the side of the Pentagon; the epicenter of Infidel activity. It was there that my Junior High classmate ended his career while serving his country in the military of the United States. With that tragically explosive moment, no more service…no more family gatherings…and no more piano.

To my shame, I only found out last year that I had such a direct and personal connection to 9/11. I remember how stunned I was on that September day. I cried, fervently prayed and understood that I likely knew people who knew people that were now dead. Yet, I had no idea that I went to school with someone who was caught in the trap set by such a vicious and emotionally empty enemy.

And today, 12 years on, it’s pathetic to hear political pundits say that we must, “move on” and to “not dwell on that.”

Never forget the people who were incinerated, jumped from, and were crushed by the doomed World Trade Center for their crime of being American.

Never forget those who summoned unbelievable courage and chose to end a rogue flight over Pennsylvania at the cost of their own lives.

Never forget the men and women who died at the Pentagon. The innocent victims onboard the fatal flight and the many who were ultimately targeted for doing their job…on our behalf.

Never forget my Jr. High friend, David Scales. We weren’t best friends and we didn’t hang out together. I bet he wouldn’t remember me, if only he had the chance to be asked.

Still, I remember him. I thank him. I honor him. And you should too.